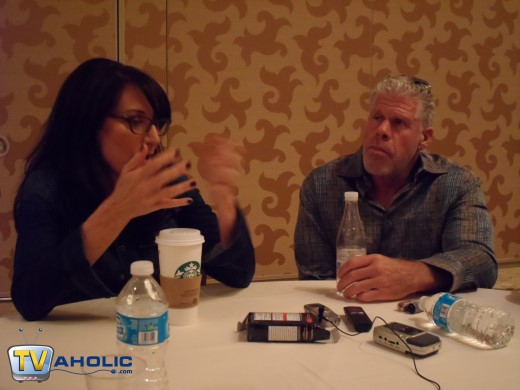 On the Sunday, July 15th I was part of a group interview with Katey Sagal & Ron Perlman from FX’s Sons of Anarchy before the panel at Comic-Con 2012. See what was covered below and check out the video interview.