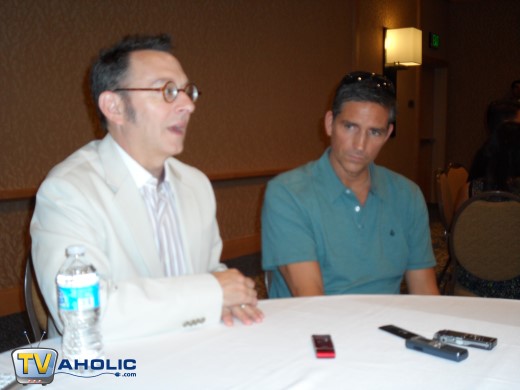 On the Saturday, July 14th I was part of a group interview with Michael Emerson and Jim Caviezel of CBS’ Person of Interest at Comic-Con 2012. See what was covered below and check out the video interview. Note: Chapman arrives about a minute in and I didn’t realize until about three minutes in that he wasn’t in frame and fixed the camera position.