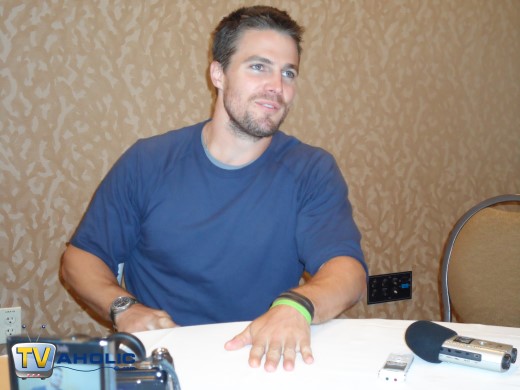 On the Friday, July 13th I was part of a group interview with Stephen Amell of The CW’s Arrow at Comic-Con 2012. Arrow will play on Wednesdays this fall starting September 30th, 2012. See what was covered below and check out the video interview.

Watch the Interview With Stephen Amell of The CW’s Arrow

Next: What to Watch on Thursday: The Vampire Diaries S.4 Premiere, Homeland Encore & More