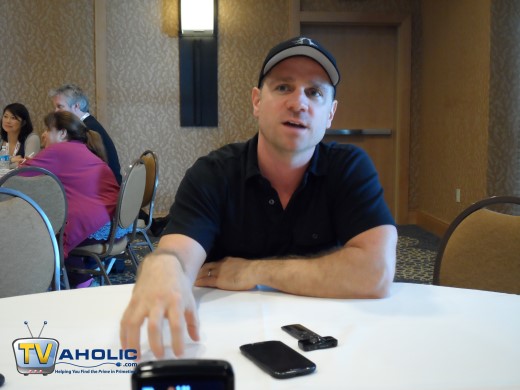 On Saturday, July 20th I was part of a group interview with Greg Plageman, executive producer and writer of CBS’ Person of Interest, at Comic-Con 2013 where he talked about what we can expect for the third season of the show. Person of Interest season three will play Tuesdays, after NCIS and NCIS: Los Angeles, on CBS this fall starting September 24th, 2013. See what was covered and watch the video interview below.

Check out the rest of the Comic-Con 2013 Person of Interest interviews.

Are you excited for the return of Person of Interest? Where would you like to see the show go?