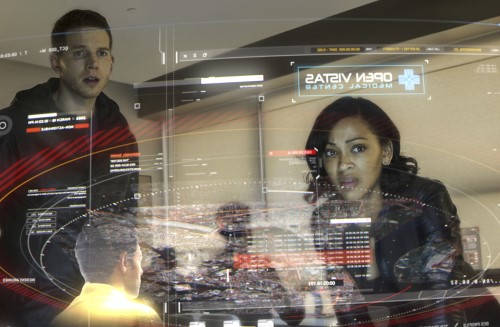 In this episode we preview FOX’s new sci-fi drama Minority Report. It stars Meagan Good (Deception), Stark Sands (Generation Kill), Wilmer Valderrama (That ’70s Show), Nick Zano (What I Like About You) and Laura Regan (Murder in the First).

and the first of his films to be adapted for television. It follows the partnership between a man with partial visions of the future and a cop dealing with her past. Together they attempt to stop the worst crimes before they happen in Washington, D.C. in 2065, which is 10 years after the end of Precrime, where criminals were identified and take out of society before they committed those crimes. To be able to do this they relied on three precogs, or precognitives, who were able to see into the future. Now, they are back to solving the crimes the old fashioned way with a leaning towards sophisticated high tech gadgets and systems.

Minority Report takes an interesting idea and premise, that being creating a sequel to a movie set in an interesting future, but ultimately doesn’t execute on the idea all that well.

Watch the Trailer for Minority Report

Will you be checking out FOX’s Minority Report when it premieres Monday, September 21st? I give my opinion and overview in the audio above, so take a listen and then let me know what you think in the comments or via Twitter @theTVaholic.