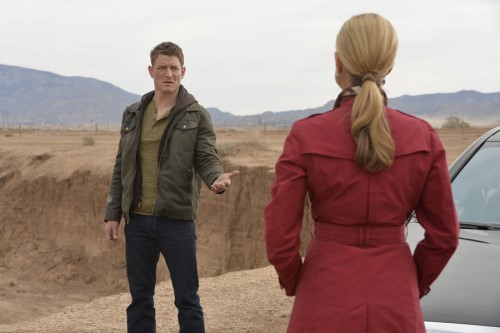 Philip Winchester in NBC’s The Player – (Photo by: Gregory Peters/NBC)

The Player is an action-packed Las Vegas-set thriller that revolves around the pit boss and the dealer for a high-stakes game, where an organization of wealthy individuals gamble on the ability of the player to stop some of the biggest crimes imaginable from taking place. Can the newest player take them down from the inside and get revenge for the death of his wife, or is it true that the house always wins.

The Player looks to have lots of big and fun action set pieces, but will there be more to it than that?

Watch the Trailer for The Player

Will you be checking out NBC’s The Player when it premieres Thursday, September 24th following the premiere of Heroes Reborn? I give my opinion and overview in the audio above, so take a listen and then let me know what you think in the comments or via Twitter @theTVaholic.