Search
Menu
Categories
‹ prev next ›
0
CBS’ Supergirl: Does It Soar Above Your Standard TV Fare?
October 19, 2015 Jason the TVaholic Previews 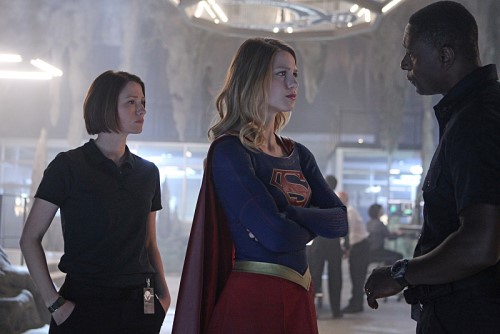 Supergirl is based on the DC Comics character Kara Zor-El, Superman’s cousin, who after 12 years of keeping her powers a secret on Earth, decides to finally embrace her superhuman abilities and be the hero she was always meant to be. Twelve-year-old Kara escaped the doomed planet Krypton with her parents’ help at the same time as the infant Kal-El. Protected and raised on Earth by her foster family, the Danvers, Kara grew up in the shadow of her foster sister, Alex, and learned to conceal her powers in order to keep her identity a secret. Now, Kara lives in National City and works as an assistant to media mogul Cat Grant, played by Flockhart, alongside her friend Winn Schott, played by Jordan, and famous photographer James Olsen, played by Brooks. However, things develop and Kara’s days of keeping her abilities a secret come to an end. She steps forward to protect the citizens of National City from sinister threats. Kara will try to figure out how to negotiate her new persona with that of her very human one.

Supergirl is the Fall 2015 show I was most looking forward to and after watching the “Pilot” episode a couple of times, it ended up being my favorite new show the broadcast networks are launching this fall.

Watch the Trailer for Supergirl

Will you be checking out CBS’ Supergirl when it premieres on Monday, October 26th to kick off the night?