Should You Follow Cooper Barrett’s Guide to Surviving Life on FOX? 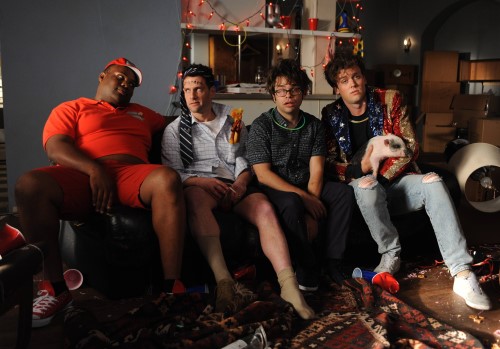 Cooper Barrett’s Guide to Surviving Life posits the idea that it would be great to have a friend that has already made all the mistakes there are to make in life and then have them tell you exactly where they went wrong, so you can avoid doing the same things. Each episode covers some type of problem, like losing your wallet or traveling, and shows you where Cooper and his pals went wrong.

While I really like the idea of the show, the execution wasn’t quite there. I’ve seen the first three episodes and it wants to be like a Ferris Bueller’s Day Off or a Parker Lewis Can’t Lose. But, in this case the twist is that Cooper Barrett can’t win. It breaks the fourth wall like those do and has Cooper talking directly to you, as he and/or his buddies have gotten themselves in a jam. Then it jumps back to when things started to go wrong and shows you the story leading up to the point where the episode started and then goes past and shows you the resolution. If it had just been funnier, I might have been able to look past how annoying the Cooper character is. Even though I did kind of like the rapport between Cutmore-Scott’s Cooper and Rath’s Kelly. But, if we could chop Cooper and his pals out of the story and just follow Bartha’s Josh and Lapira’s Leslie and make Kelly their neighbor, that might be a fun show.

Watch the Trailer for Cooper Barrett’s Guide to Surviving Life

Will you be checking out FOX’s Cooper Barrett’s Guide to Surviving Life when it premieres on Sunday, January 3rd after The Simpsons? Or, you can watch it out now at FOX.com or via Amazon Video