Did CBS Finally MacGyver the New MacGyver Into Something Worth Watching? 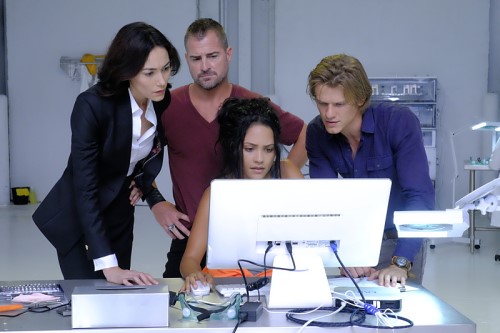 MacGyver is a re-imagining of the classic series as an action-adventure dramedy about a young man who works for a clandestine organization within the U.S. government and uses his extraordinary talent for unconventional problem solving and vast scientific knowledge to save lives. Along for the ride are his partner, a former CIA agent, and a hacker. Their boss is an ex-field agent that is now the director of operations. When not out saving the world, he hangs out with his ambitious longtime friend and roommate. Working for the Department of External Services, he sets out to save the world, with little more than his resourcefulness and a pocket knife.

Well, turns out the third time might have actually been the charm. While it’s not great by any stretch, it is way better than I thought it ever could be after its production troubles. CBS picked the show up in May and then didn’t just do some reshoots on the pilot, but scrapped the whole thing and kept only the two lead actors and started over. It’s actually kind of amazing that it didn’t turn out to be a giant pile. It’s actually pretty entertaining. It’s very similar to CBS’ shows like Hawaii Five-0 or Scorpion or something like USA Network’s Burn Notice on an action level, which is amped up here more than I remember it on the original series. But, it mostly works, even if it comes with a big side of cheese at times. Yet, part way through the episode I was not happy with something they had done story-wise, but by the end they turned me around. While it ultimately sets up something we’ve seen in many shows like this before, it does it in a way that made all the difference. This gives it a small bit of potential serialization to what looks to be mostly an adventure of the week procedural. Overall, I’ll probably check out a few more episodes.

Watch the Trailer for MacGyver

Will you be checking out CBS’ MacGyver when it premieres Friday, September 23rd on CBS to lead off the night before new seasons of Hawaii Five-0 and Blue Bloods that follow?