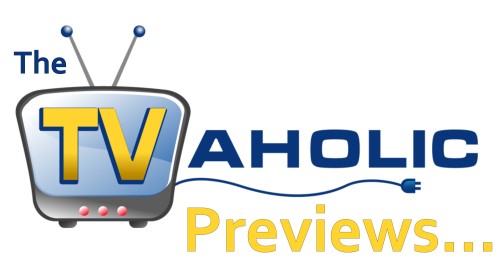 The TVaholic Previews brings you short spoiler-free previews of new scripted TV shows. Each episode runs 5-10 minutes and will let you know what the show is about, who is in the show, who is behind the show and whether it’s worth watching or not. As the TV landscape continues to grow, with new shows from broadcast (ABC, CBS, …), cable (FX, TNT, …), premium cable (HBO, Showtime, …) and streaming outlets (Amazon Prime, Netflix, …) coming out year-round, we’ll help you find the “Prime” in primetime. Each episode will drop the week before new shows premiere. Find the latest shows covered listed below or subscribe via iTunes, Google Play Music, Stitcher, Android or add the podcast feed to your favorite podcast app and get them as soon as they’re available.

On this episode we are previewing Hulu’s new psychological thriller, Chance. It stars Hugh Laurie (House), Gretchen Mol (Boardwalk Empire), Paul Adelstein (Private Practice), LisaGay Hamilton (The Practice), Ethan Suplee (My Name Is Earl), Diane Farr (Numb3rs) and Stefania LaVie Owen (The Carrie Diaries). Chance is based on the novel of the same name by [...]

On this episode we are previewing USA Network’s new psychological thriller, Falling Water. It stars David Ajala (Black Box), Lizzie Borchere (Versailles), Will Yun Lee (Strike Back), Zak Orth (Revolution), Kai Lennox (The Unusuals), and Anna Wood (Reckless). Falling Water is an intersection between reality and unconscious thought. It plays off the idea of that [...]