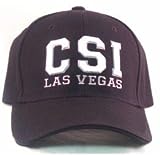 Two series finales tonight with That â€˜70s Show on FOX and Will & Grace on NBC taking their final bows. As for season finales we have CSI, Without a Trace, ER and The O.C. each having their season ending episodes tonight. What TV shows will you be watching on the tube tonight?

That â€˜70s Show (FOX): Series Finale. Red and Kitty may be selling the house, Hyde is giving up a few things, and Fez and Jackie try to come to some conclusions about how they feel. Kelso returns to ring in the â€˜80s.

CSI: Crime Scene Investigation (CBS): Season Finale. Jimâ€™s life hangs in the balance. The team investigates the lifestyle of a dead man who used corsets to change his appearance.

Will & Grace (NBC): Cast retrospective. See interviews with the cast and crew.

Will & Grace (NBC): Series Finale. Decisions about the future are made. Jack continues his quest for love and Karen tries to find some happiness.

ER (NBC): Season Finale. More bullets a flying as gunmen start shooting up the place. That ER sure has been destroyed many times.

CSI: Crime Scene Investigation (CBS): Repeat. The team investigates the death of a man found in the garage of his girlfriend.

The O.C. (FOX): Season Finale. Someone is going to die. Who will it be? It is graduation day.

This Jobâ€™s a Trip (Travel Channel): Take and event planner and a video engineer and have them join the circus and see what happens.

The Wedding Singer (VH1): One of Adam Sandlerâ€™s best movies and also stars Drew Barrymore as a women with a fiancÃ© of a boorish nature who falls for the Sandler character. Runs two hours.

ESPN has game 6 between the Los Angeles Clippers and the Phoenix Suns in NBA playoff action. ESPN2 has Thursday Night Baseball.