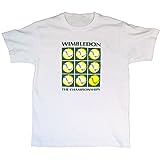 The Evidence bids adieu tonight with its final episode. Not much on the tube tonight but plenty of sports action to keep you entertained today with Wimbledon tennis, U.S. Womenâ€™s Open golf, World Cup Soccer and NASCAR racing. That is quite the spectrum of sport. What will you be watching?

Lilo & Stitch (ABC): Animated Movie about a lonely girl who takes in a dog that is actually an alien who is hiding from some intergalactic hunters. Runs two hours.

The Evidence (ABC): Series Finale. Evidence in one murder leads by accident to another killing in the last episode of this show.

Dateline NBC (NBC): New. Some people who claimed to be child molestation victims in Bakersfield, CA now recant their claims.

Deep Impact (CBS): Movie about people preparing for a comet that is going to hit Earth. Stars Morgan Freeman, Tea Leoni, Elijah Wood and others. Runs two hours and 27 minutes.

Desolation Canyon (Hallmark): Released 2006. This made for TV movies stars Patrick Duffy and Stacy Keach as old gunslingers trying to track down the gang who has taken one of their sons. Runs two hours and plays twice tonight.