Tonight on the Tube: CBS and NBC Fall Previews and College Football

Jason the TVaholic Sep 2, 2006 Tonight on the Tube 0 comments 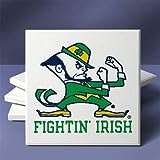 Previous: Tonight on the Tube: Vanished, Kyle XY, Take Home Chef and What Not to Wear

Next: Tonight on the Tube: Three Moons Over Milford, College Football and TV Show Marathons