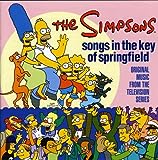 If you still have The WB broadcasting in your local today is the last hoorah as it will be no longer as of tomorrow. They will be going out by replaying first episodes of some of their hit shows. These include: Buffy the Vampire Slayer, Angel, Felicity and Dawsonâ€™s Creek. The new fall TV season officially gets underway tomorrow. Find links to video previews, primetime grids and more with the Ultimate Guide to the Fall 2006 Schedule.

The Simpsons (FOX): New. The White Stripes sing for Bart after a tiger mangles him. Runs 30 minutes.
The Amazing Race (CBS): Season Premiere. This season starts off here in my hometown of Seattle, as the teams have to make their way out and to China for the next leg of the event in the race for the one million dollars. Runs 90 minutes.

Desperate Housewives (ABC): Repeat. See how the ladies all came to live on Wisteria Lane in the finale from last season. The new season begins next Sunday in its normal timeslot.

Extreme Makeover: Home Edition (ABC): New. Back-to-back episodes with Marlee Matlin as guest team leader helps the team help a family with several blind members as a preview for the new season that gets underway next week. Runs two hours.

Three Moons Over Milford (ABC Family): New. The residents of the town begin to tell all about themselves when the priest decides to give up on his profession.

Angelaâ€™s Eyes (Lifetime): New. Angela is shot from and unsuspecting person from her past.

What will you be watching tonight? What Sunday night shows are you looking forward to?