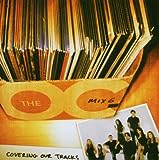 The word has come down and FOX has cancelled The O.C. It will at least get a chance for a proper send off, which will be Thursday, February 22nd. Just when many thought the show had made a turn for the better but up against Greyâ€™s Anatomy, CSI, Supernatural and Scrubs not enough people were actually watching the show. As long as Seth was cracking wise I would have probably continued to watch. How about you? What do you think of the cancellation of The O.C.?

My Name Is Earl (NBC): New. Earl and the gang were once filmed for an episode of Cops and they relive the day tonight.
The Office (NBC): New. Michael is back from his vacation in Jamaica and a racy photo from his trip starts making the rounds.

CSI: Crime Scene Investigation (CBS): New. Grissom heads off for a sabbatical but it only lasts four weeks so he will be back soon. Catherine meanwhile tries to connect an out of town murder to a recently released suspect.

Shark (CBS): New. Some one is going to die. Well that is what the promos are pushing. Who do you think it will be?

Ugly Betty (ABC): New. The magazines closets are about to be cleaned out and all the assistants are buzzing about what they might get.

Scrubs (NBC): New. Dr. Cox goes all House on a bunch of medical mysteries while J.D. tries to keep Kim in town by being the best boyfriend he could possibly be.
30 Rock (NBC) New. While writing a show about babies Liz begins to think about her marital and maternal future while Jack is dealing with mommy issues of his own.

ER (NBC): New. A patient is prescribed the wrong medication and dies and Hope and Pratt wonder if they are responsible for this.

TV Land continues with its M*A*S*H marathon tonight, which began on New Yearâ€™s Day. They will be playing 12 hours of episodes each night until January 7th. Then it will settle into its regular timeslot on the network starting on the 8th.