Tonight on the Tube: The Simpsons, Desperate Housewives and NFL Playoffs

Jason the TVaholic Jan 7, 2007 Tonight on the Tube 0 comments 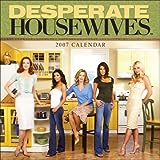 Next: Tonight on the Tube: College Football Championship Game, How I Met Your Mother and Wildfire