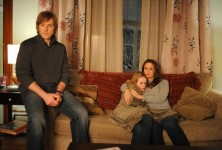 Previous: Tonight on the Tube: Dance Machine, Duel & Doctor Who