Quick Synopsis: A whole lot of rescuing going on.

Long Synopsis: Sheppard is injured and trapped with Ronon under the rubble of Michael’s booby trapped compound. In another location underneath the ruble is McKay and Lorne. McKay finds some old computer equipment and finds that Michael has probably been notified by a subspace burst.

Michael gets the message and turns his Wraith Cruiser around and heads back to the compound. A pregnant Teyla is still being held captive on board and wants Kanann, the father of her baby, to help her escape.

Carter leads a rescue and recovery mission to the compound. The team gets to McKay and Lorne, but don’t have time to find Ronon and the severely injured Sheppard before Michael and his hybrids arrive on the scene. When the Daedalus, which was already enroute, finally shows up, a risky plan is put into action to get Teyla off the Wraith ship.

Review: Stargate Atlantis is one of those shows that I enjoy watching, but don’t always watch. I’ve just never gotten fully invested in the Stargate Universe since the first few seasons of SG-1. But it makes for some good Friday night viewing, especially during the summer months. I usually end up watching a handful of episodes a season.

For you big fans of the show, I don’t think you’ll be disappointed with this first episode. It has a good bit of action and the requisite humor. I mean, how can you go wrong with lots of space battles and rescue missions.

The ending is abrupt though, with Colonel Carter heading back to Earth for review by the IOA and then finding out that she is going to be replaced by Woolsey, played by Robert Picardo (Star Trek: Voyager). How things move forward with a new, more by-the-book, leader should be interesting.

Photos From the Episode 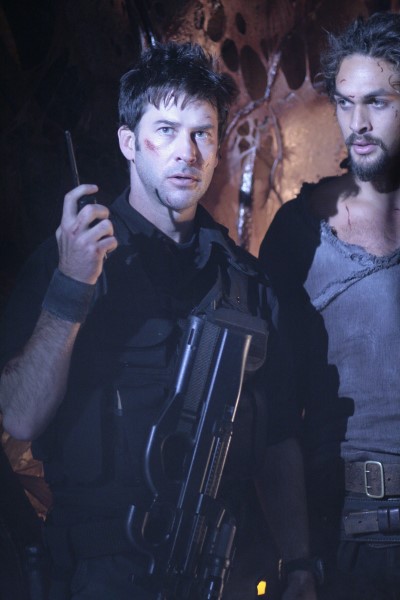 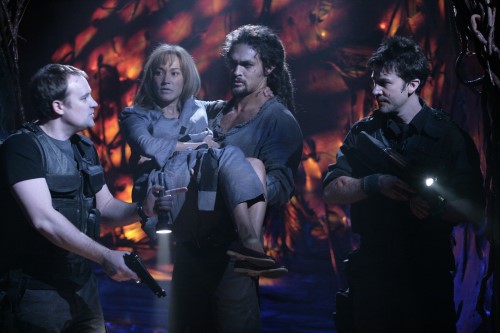 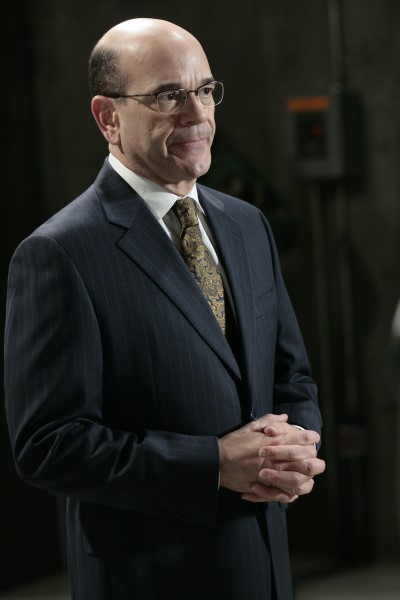 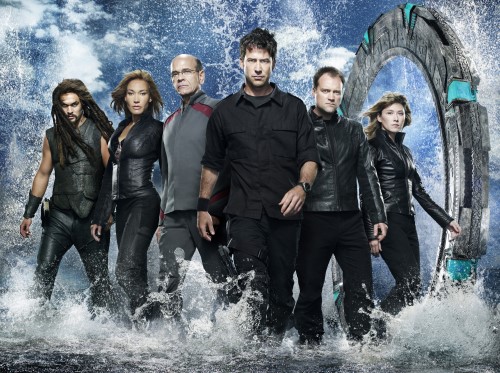