Search
Menu
Categories
‹ prev next ›
0
What Would Your Food Network Show Be?
July 27, 2008 Jason the TVaholic Cable TV 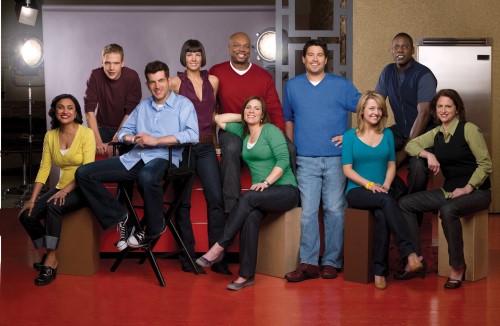 Tonight is the fourth season finale of The Next Food Network Star. They started with 10 and are now down to three, but only one will walk away the winner. They will get their own show on Food Network, which will debut on Sunday, August 3rd in daytime.

One aspect of the competition has been to show their culinary point of view or what their show would be about.

A while back I was talking with a friend at work about where I had eaten that day, a buffet. We had also been talking about a place we had seen on Diners, Drive-Ins & Dives that she wanted to check out the next time she was in Portland. We then started thinking about what our Food Network shows would be about and what they would be called.

My friend’s show would be called The Gluten Free Vegetarian Lifestyle and would consist of whipping up tasty meals for vegetarians and those with gluten and wheat allergies.

Mine would be called BBQ, Bakeries & Buffets and consist of me traveling around, in a similar fashion to previous Next Food Network Star Guy Fieri, and visiting these types of establishments.