Quick Synopsis: Donuts and Ninjas and Swords, Oh My!

Long Synopsis: The story of a 19-year-old girl who has lived a sheltered life after being adopted by one of Japan’s most powerful and wealthy families. She has been watched over at all times and has had people to tend to every aspect of her life. She is about to be married to the son of one of her father’s business associates, because it will be good for the family. When there is an attack during the ceremony, she gets away, but finds her sheltered existence shattered. After avoiding those trying to find her, she elicits help from a friend of her brother. The find that her past may be linked to an ancient secret prophecy, which the forces of good and evil want to control and both will stop at nothing to do so.

Review: Samurai Girl is a six-hour three part miniseries airing this weekend on ABC Family. I had a chance to checkout tonight’s segment ahead of time and it’s not bad.

The miniseries is based on the popular Samurai Girl

novels that are by Carrie Asai and Renato Alarcao. It stars Jaime Chung (Days of Our Lives), as Heaven Kogo, the 19-year-old that finds she may be special, Brendan Fehr (Roswell), as Jake Stanton, the friend of the brother and practically a ninja himself, and Stacy Keibler (What About Brian), as Karen, who doesn’t show up until part two, but looks like she can kick a little but herself.

Speaking of which, I raelee About Samurai Girl">read a tweet from a fellow TV blogger who said, “…I loved Samurai Girl. I’m so easy. Give me a girl kicking arse, throw in a hot guy and I’m sold.” I would have to agree, but with one caveat. If the girl kicking the “arse” is “hot,” then I’m sold.

In this case we have Chung and soon Keibler wielding swords and kicking ass, so what is not to like. While someone my age probably shouldn’t be finding a 19-year-old attractive, it is much less creepy when the 19-year-old in question is being played by a 25-year-old.

A few things that bothered me was the story being a little too predictable at times, the heroin just happens to come across a guy good with computers, and the guy that is supposed to practically be a ninja himself, getting his ass kicked too often. Other than that, it looks to be a fun six hours.

Samurai Girl premieres tonight, September 5th, on ABC Family with part two playing Saturday, September 6th and the conclusion on Sunday, September 7th. Also, part one will replay before part two on Saturday and all three parts will play on Sunday. Giving you multiple opportunities to check it out this weekend.

Given what is on this weekend, it is a solid choice and well worth watching. I will have a little trouble recommending it tonight though, as the second half plays at the same time as the 100th episode of Monk. But, for Saturday and Sunday it is the best you can do on cable or network TV.

Check out some photos from the miniseries below. 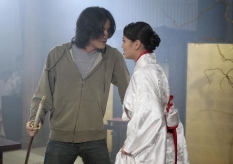 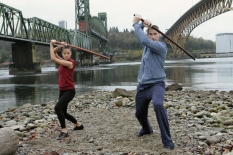 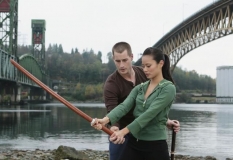 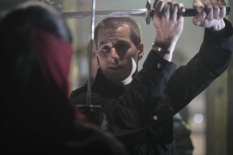 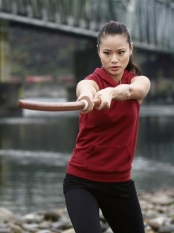 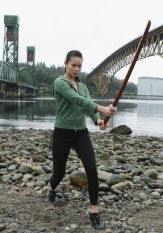 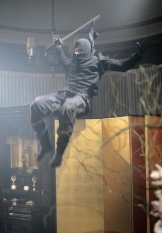 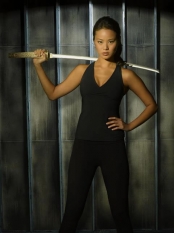 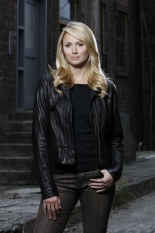 Next: Tonight on the Tube: Samurai Girl, Monk & Psych