Review: Do Not Disturb – Series Premiere on FOX

Long Synopsis: An article appears in a magazine detailing stories of sex in the work place at the hotel. Trying to fix the problem, seminar is put on for the employee heads. There is one guy that everyone thinks the story is about. He sets out to show them he can control himself. Meanwhile, the person that put on the seminar finds herself in a similar situation, but will she take her own advice.

Review: Unfortunately, for FOX, Do Not Disturb seems to be the perfect show to pair up with ‘Til Death, as neither of them are very good, or worse yet, very funny.

Predictability isn’t usually a good thing, but on a sitcom, it is unforgivable. Jokes aren’t funny when you see the punch lines coming. And, if you’ve ever seen a sitcom before, then you will know what is behind every comedy or electrical storage room door.

There is nothing wrong with reusing a plot device, but you have to bring something, a different spin, a new punch line or anything really. The one word that came to mind about the humor here was stale and there’s nothing worse than stale comedy.

There were a couple of funny things, like the woman who wants to get back into modeling and the campaign she ends up a part of, but it was funnier when Joey on Friends had a similar experience. At least here they did give a slightly different spin on it.

One of the stars is Jerry O’Connell and I’ve always liked since his days on Sliders and then on Crossing Jordan. But, his forays into comedy on TV and in the movies always seem to leave a bit to be desired. This is yet another example that fits that profile.

Overall, Criminal Minds on CBS and Private Practice on ABC have nothing to worry about in the second hour of primetime.

Do Not Disturb premieres tonight, Wednesday, September 10th on FOX following a new episode of Bones and the season premiere of ‘Til Death. Check out some photos from the episode.

Do Not Disturb S.1 Ep.1 Photos 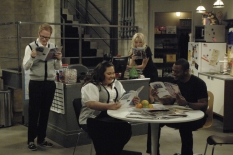 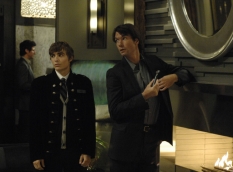 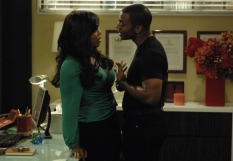 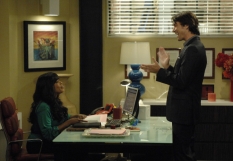 Previous: Fall TV 2008: Tuesday – What Will You Be Watching?

Next: Got a Question for Brooke Shields of Lipstick Jungle?