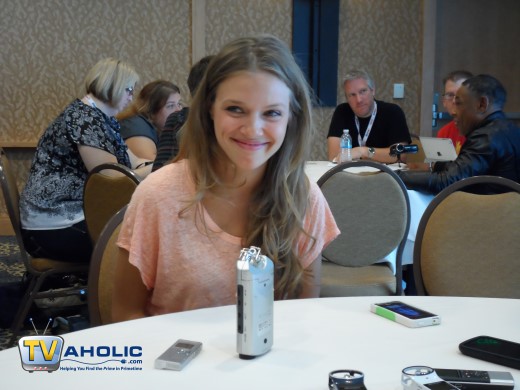 On Saturday, July 20th I was part of a group interview with Tracy Spiridakos, who plays Charlie Matheson on NBC’s Revolution, at Comic-Con 2013 where she talked about her character and the second season of the show. Revolution season two will kick off Wednesdays on NBC this fall starting September 25th, 2013. See what was covered and watch the video interview below.

Watch the Interview With Tracy Spiridakos of NBC’s Revolution