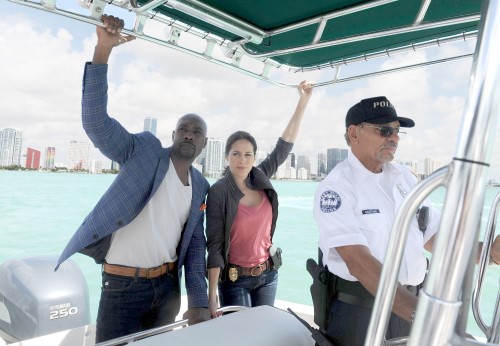 Rosewood is a cop/medical procedural set in Miami about the city’s top private pathologist. He consults for the Miami PD and ends up teamed up with a no nonsense detective to uncover the clues nobody else finds while investigating the most challenging cases in the city. In his practice he works with his sister, who is as good in toxicology as he is in pathology, and his sister’s fiancée, a DNA specialist. He and his sister deal with their mother, who is about to have some major life changes, as she likes to hold family gatherings and meddles in his love life. Rosewood has had some major health problems and believes that every moment of life, no matter how small, should be embraced and lived to the fullest. This is the philosophy that pushes him to be good at his job and see details that others don’t, as he is driven to find out why other’s lives were cut short.

Rosewood gets off to a rough start, but if you enjoy similarly styled shows like Bones or Castle, you may end up enjoying this as well.

Watch the Trailer for Rosewood

Will you be checking out FOX’s Rosewood when it premieres Wednesday, September 23rd before Empire? I give my opinion and overview in the audio above, so take a listen and then let me know what you think in the comments or via Twitter @theTVaholic.