Tonight on the Tube: One Tree Hill, Lost and Invasion 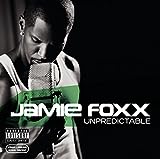 Canâ€™t believe that the WB and UPN are going away and are to be replaced by The CW a new combined network. I just hope that shows like Veronica Mars make it to the new network. Bones reappears tonight in the second hour of primetime on FOX. What a terrible timeslot for a fun to watch show, maybe the American Idol lead in will help it. There are very few repeats on tonightâ€™s TV schedule. Not making into my picks below you will also find Jamie Foxx on NBC signing away tonight. Might be better than what you see and hear on American Idol. What will you be watching on TV tonight? Leave your picks in the comments.

One Tree Hill (WB): A guidance counselor asks the kids to think about their futures. With this in mind both Lucas and Nate try to impress a basketball scout.

Lost (ABC): Charlie starts dreaming that Claireâ€™s baby is in danger and Locke thinks that he has started using again. Runs 61 minutes

Invasion (ABC): Someone shoots the Sheriff and he goes in and out of consciousness while reliving his rebirth after his 1996 plane crash. Meanwhile Russell tries to keep Larkin from reporting about the hybrids. This show has gotten pretty good.

George Lopez (ABC): George decides to enroll in college to set an example for Max.
Yes, Dear (CBS): Jimmy worries that his son doesnâ€™t think his job is cool anymore when he finds out that he didnâ€™t invite him to career day at his school.

Veronica Mars (UPN): Wow it has been a long while since there has been a new episode. Glad to see it is finally back. Tonight an FBI team tries to find Duncan after he breaks up with Veronica and runs off with Megâ€™s baby. Guest star Lucy Lawless plays an FBI agent.

CSI: NY (CBS): The death of a college student found on the subway tracks may not have been an accident. The team investigates and finds what really happened.

Bones (FOX): I really like this show but there are three other shows in this hour that I like as well. It will be interesting to see if it will do as well as it did on Tuesday night.

Emeril Live (Food Network): Emeril whips up some food for the hunter.

ESPN has the Minnesota Timberwolves at the Memphis Grizzlies for a little NBA action tonight. ESPN2 has the Australian Open Womenâ€™s Semifinals if a little tennis action is more your thing.

Next: Tonight on the Tube: Smallville, CSI and Without a Trace