Jason the TVaholic Feb 4, 2006 Tonight on the Tube 0 comments 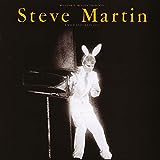 Tonight on the tube is nothing special unless you are talking late night on the tube. There you will find Steve Martin hosting Saturday Night Live for the 14th time. Hopefully this will be a good show as the expectations will be high with Mr. Martin hosting. Although considering the quality of this season of SNL as a whole you donâ€™t really have to do much to jump to the top of the list. Will you be watching Saturday Night Live tonight? I will, if you miss it you can check back here for a review tomorrow. Well as long as the power stays on here then you can. We are having quite the windstorm here in the Seattle area. Many of the neighborhoods around mine are without power right now. I guess as long as it is back on tomorrow by the kickoff of the Super Bowl everything will be all right.

CSI: NY (CBS): Mac gets caught in a shootout and has to choose between catching the bad guy and saving a life in this repeat episode.

48 Hours Mystery (CBS): The story of a teenage babysitter that is charged with murder.

Law & Order: Criminal Intent (NBC): In this two hour repeat episode all four of the Major Case detectives work on the case of a young Iowa girl goes missing on a school trip and a judgeâ€™s son is the prime suspect. Can you say ripped from the headlines?

Law & Order (NBC): The D.A. thinks about giving a deal to an ex-convict in exchange for information on a missing girl in this repeat.

Emeril Live (Food Network): Emeril digs into the pantry to cook up some delicious eats in this repeat.

Trading Spaces (TLC): Frank and Hildi transform a kitchen and a bedroom respectively.

Saturday Night Live on NBC is new tonight with host Steve Martin making his 14th hosting appearance and musical guest Prince. MADtv on FOX is also new tonight with Jamie Pressly from My Name is Earl joining in a sketch or two.

Previous: Tonight on the Tube: Bernie, Fran, In Justice and NUMB3RS

Next: Tonight on the Tube: Super Bowl XL then Greyâ€™s Anatomy