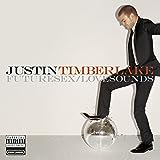 Tonight NBC is replaying the Justin Timberlake hosted Saturday Night Live, this being the only episode so far to stir up any buzz this season. Granted in was mostly for the “Box” video he did with Andy Samberg. Yet, reading around the web, many people think he is one of the all-time best SNL hosts. What do you think? He is definitely the best in recent years.

CSI: Crime Scene Investigation (CBS): Repeat. As they investigate two separate cases the evidence in both starts to point to the same suspect.

Criminal Minds (CBS): Repeat. The BAU team goes to Mexico to help find a serial killer who is killing seniors.

Cast Away (ABC): Released 2000. Tom Hanks as a Federal Express employee who hops a flight aboard one of their planes and crashes at sea. He ends up on an island by himself for four years. Runs three hours.

Food Icons Unwrapped (Food Network): Repeat. Get a look at some famous faces behind some of your favorite foods.

Trading Spaces (TLC): New. Hildi and Leslie are the designers who help to transform two rooms. Hildi gets to do whatever she pleases, so that could be one fabulous or hideous room when finished. There is probably not too much middle ground on that one.

Next: Tonight on the Tube: Reba Says Goodbye, On Housewives Someoneâ€™s Going to Die and Dresden Tracks Evil on Sci Fi