Tonight on the Tube: State of the Union, Kyle XY, Globetrotters & Breaking Bad 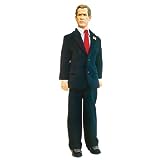 Tonight, ABC, CBS, FOX and NBC will have the State of the Union, so regular programming will be impacted and MyNet will have a Globetrotters 80th Anniversary special.

Over on cable, MTV has the season premiere of Making the Band.

On premium cable, HBO has the series premiere of In Treatment. The series runs five nights a week, as a therapist deals with a different patient each night and on the fifth night goes to see his own. Each Monday will be the same patient, each Tuesday, etc. It is an interesting premise, but a lot to sign up for to watch it all. On the other hand, you could just watch the one you find most interesting. I do like to see something new being tried. What do you think of the idea?

State of the Union (ABC, CBS, FOX & NBC): 2008. President George W. Bush gives his last State of the Union speech. Democrats will mostly sit, Republicans will give standing ovations and both sides will stand and clap when it is something that politically you can’t be seen as not supporting. Special guests get to sit next to the First Lady and are mentioned. It airs at 9:00 p.m. and runs about 90 minutes. Depending on your time zone, you will find a few shows on the tube tonight in and around the speech. On ABC they will have a new Dance War and a repeat Samantha Who?, CBS has comedy repeats, FOX replays the “Pilot” episode of Terminator: The Sarah Connor Chronicles, and NBC has a new American Gladiators and a repeat The Office.

Gossip Girl (The CW): Special. They have taken the “Pilot” episode and added in interviews with the cast, deleted scenes and such extending it to 90 minutes.

Kyle XY (ABC Family): New. Amanda is back early from New York, but things have changed and Kyle has to re-examine their relationship. Meanwhile, he puts off training with Jessi. Plays again later.

Bravo has the first eight episodes of The West Wing season four.
Oxygen has 12 episodes of Roseanne.
Sci Fi has 16 episodes of Tales From the Darkside early.
TNT has nine episodes of Law & Order.

Next: Emergency!, Damages, This American Life on DVD