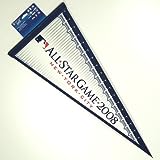 Tonight, CBS has the Tuesday edition premiere of Big Brother and FOX has the Major League Baseball All-Star Game 2008

In things-I-forgot-to-mention-yesterday news, the new batch of Heroes webisodes began yesterday and you can watch the first of them over at the NBC website.

In other webisode news, Act I of Dr. Horrible’s Sing-Along Blog debuts today. It stars Neil Patrick Harris (How I Met Your Mother), Nathan Fillion (Firefly) and Felicia Day (Buffy the Vampire Slayer) and written and directed by Joss Whedon (Firefly, Angel, Buffy the Vampire Slayer). The idea was spawned back during the writers’ strike. The first act runs just shy of 14 minutes and is also available for purchase at iTunes.

NCIS (CBS): Repeat. A cache of body parts is found after an explosion at a cemetery mausoleum, in “Skeletons” from season four.

Reaper (The CW): Repeat. Sock gets kicked out of his house and tries to get the guys to move into a condo with him, in “Unseen.”

Without a Trace (CBS): Repeat. The sister of a violent drug dealer has gone missing and the team investigates if he has anything to do with it, in “Baggage” from this past season.

America’s Got Talent (NBC): New. Performers try to get a call back from the judges to the Vegas round.

Law & Order: Special Victims Unit (NBC): Repeat. It looks like two extremists looking for some media attention may be behind the theft at a sperm bank, in “Inconceivable” from this past season.

Secret Life on the American Teenager (ABC Family): New. Amy lets her sister in on what is going on, but her parents still don’t know. Meanwhile, Adrian becomes more jealous. Plays again later.

The Cleaner (A&E): Series Premiere. This new series stars Benjamin Bratt (E-Ring, Law & Order) as a former junkie who has cleaned himself up. He now intervenes and helps those that are having trouble kicking their addictions with the help of a team. Plays twice and then again two more times later. Then plays another seven times over the next week.

Next: Tonight on the Tube: SYTYCD, House of Payne & In Plain Sight