Quick Synopsis: Summer is almost over.

Long Synopsis: Blair is returning from her summer in Tuscany. Serena has spent most of the summer in the Hamptons covering for Nate and his secret new relationship. Chuck has been, well, Chucking around all summer. Dan has been trying to forget about his breakup with Serena. Jenny has been interning for Blair’s mom over the summer. Rufus is still touring. But, summer is coming to an end and things are about to get white hot.

Review: Gossip Girl returns for its second season and the best thing I can say about it is that I sat down to watch the screener The CW sent over, which included the first three episodes, only intending to watch the first one and ended up watching all three of them in one sitting. That’s the problem I’m having writing this review, the events from the three episodes are all running together in my head.

Josh Schwartz and the Gossip Girl gang have figured out what worked in season one and pumped it up for season two. It has the requisite miscommunications, misunderstandings, and twists that fuel the drama.

The cast has figured out their characters quite nicely, especially Ed Westwick. Chuck has gone from being the unlikable bass-tard he was at the beginning of season one to the still unlikable, but thoroughly watchable bass hole he has become. His back and forth with Blair has become the thing you want to see more of.

Also, new cast member Madchen Amick makes a great addition, even if you don’t really find out why until the next episode. She’s pretty much the new version of Julie Cooper from The O.C., but that’s all I’m going to say.

I seem to be on a product placement kick here recently, but the insertion of Vitamin Water as the sponsor of the White Party works well, maybe not for Dan, but it isn’t overly in your face. It’s noticeable, but blends into the background well.

Overall, if you were a fan of the first season, then you won’t want to miss this episode, or the two to follow. It gets the new season of to a great start, even if it’s weird watching 21 to 23 year olds playing teens acting like adults.

Check out some video interview clips with the cast or some photos from the second season premiere below. 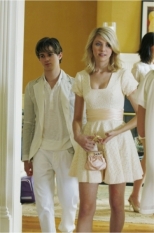 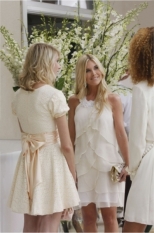 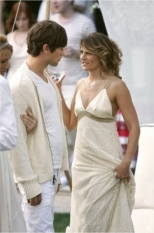 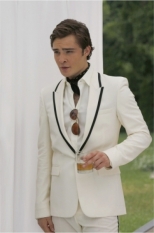 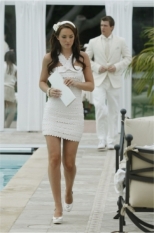 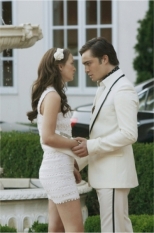 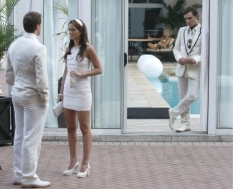 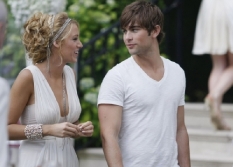 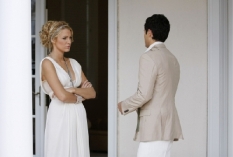 Next: Tonight on the Tube: TV Marathons, Skins & Mad Men