Tonight on the Tube: Winter Olympics, Forrest Gump and Hustle 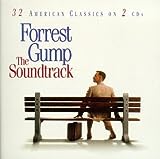 The best thing on tonight is Hustle the BBC import playing each Saturday night on American Movie Classics. I caught up with the show last weekend and it is quiet fun to watch. The last major day of competition before the closing ceremonies tomorrow night for the Winter Olympics, never really got into them much this time around. How about you, have you been watching?

Forrest Gump (ABC): Watch Tom Hanks in one of his best roles. The lovable but not so smart man who ends up apart of many historical events. Runs three hours.

Cold Case (CBS): Repeat where a rare ring is found on the finger of a dead junkie, which prompts the team to reopen a 1984 case.

48 Hour Mystery (CBS): The story of a baby who was kidnapped in Los Angeles and taken to Italy.

Emeril Live (Food Network): Emeril shows you some of his favorite gadgets in this repeat.

Trading Spaces (TLC): Repeat where some living rooms are made over.

Hustle (AMC): Last Saturday they played the first six episodes leading up to the seventh episode. I recorded them and was able to catch up with this show. It is pretty fun. A group of con artists with a sort of conscience, they only take people that want something for nothing and have lots of money. No small time jobs here only the long con. If you havenâ€™t been watching you should check it out. It is very good. Run 75 minutes.

ABC has semifinal matches of the Accenture Match Play Championship. Not sure who is left in this one as Vijay, Tiger and Phil all lost yesterday. NBC has some Winter Games action during the day. ESPN has Duke at Temple in college hoops action followed by the 2006 Bassmaster fishing tournament that is followed by more college hoops with Iowa at Illinois and later Kansas at Texas.

Next: Tonight on the Tube: Dancing With Cold Winter Anatomy