Tonight on the Tube: Lost Ladies and American Idol Guys

Jason the TVaholic Mar 1, 2006 Tonight on the Tube 0 comments 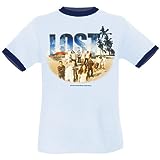 The guys sing tonight on American Idol. Last night was the ladies, none of which did anything really special. There were a couple of good performances but they paled in comparison to last week. The guys definitely have a chance to stand out this week if they can bring it. So who should go after last night? I would have to say Brenna Gethers and Heather Cox gave the two worst performances and so they should hopefully end up with the least votes on Thursday night. Who do you thinks should go after what we saw last night?

One Tree Hill (WB): A student brings a gun to school and things get out of control and Lucas and Nathan try to protect their friends and loved ones.

Lost (ABC): The ladies go in search of answers in regards to Claireâ€™s kidnapping after she starts to remember details. Runs 63 minutes.

CSI: NY (CBS): The team investigates the death of an assistant district attorney who is found at a gravesite.

American Idol (FOX): The remaining 10 guys sing tonight and we find out who doesnâ€™t make it tomorrow. Runs 90 minutes.
Free Ride (FOX): A new comedy that premieres tonight. A guy comes home from four years of college and moves back into his parentsâ€™ house. He then finds out what his old friends have been up to. Just from the commercials it looks like another crappy comedy from FOX. We shall see.

Law & Order (NBC): A woman takes her sons life because she was afraid that he would become like his father who is a criminal.

George Lopez (ABC): Andy Garcia guest stars as Angieâ€™s brother who George doesnâ€™t trust.
Still Standing (CBS): Judy invites her potential new boss over for dinner and wants everyone on his or her best behavior.

Criminal Minds (CBS): The BAU team reopens a case of a serial killer who has attacked someone for the first time in 20 years.

Good Eats (Food Network): Alton makes beef jerky in this repeat.
Ham on the Street (Food Network): Who says you canâ€™t have fun with your food? George has some with free food this week.

Next: Tonight on the Tube: American Idol Results, CSI and Without a Trace