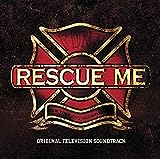 There are a three of premieres tonight. First Eureka the new Sci Fi Channel show and second a new season of The Contender now on ESPN sans Sylvester Stallone and lastly The One: Making a Music Star on ABC. Will you be watching any of these? In Repeatsville there are some very good choices with two-hour blocks of House on FOX, Gilmore Girls on The WB and Veronica Mars on UPN.

House (FOX): Repeat. Great episode involving a woman played by Julie Warner who comes to the hospital after crashing her car due when her muscles start flailing about.

Last Comic Standing (NBC): New. The five comics remaining perform and viewers get a chance to vote for their favorite.

Gilmore Girls (WB): Repeat. The last five minutes of this episode is why we watch this show. The look on Richardâ€™s face at the end says it all.

House (FOX): Repeat. The team works to save a man with severe burns and unusual blood work. Also the episode where House is trying to prove an old colleagueâ€™s migraine medication doesnâ€™t work.

Eureka (Sci Fi Channel): Series Premiere. The two-hour pilot episode has U.S. Marshall Jack Carter, played by Colin Ferguson, transporting a fugitive and getting held up in the town of Eureka. Where it turns out the government has been relocating some of the smartest people and their families to live. When a mysterious scientific creation of the secret variety gets unleashed Jack must help get things back to normal. Also stars Matt Frewer and Debrah Farentino. Sounds like it might be fun. We shall see. Plays again an hour later.

Previous: Tonight on the Tube: Kyle XY, The Closer and Saved