Jason the TVaholic Nov 4, 2006 Tonight on the Tube 0 comments 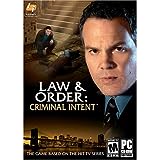 Next: Tonight on the Tube: The Simpsons, Desperate Housewives, Brothers & Sisters and Sunday Night Football