Jason the TVaholic Nov 7, 2006 Tonight on the Tube 0 comments 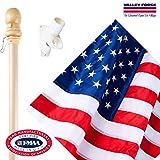 Today is voting day. The day we get to put democracy in action. It is also the day when the bottom of the screen turns into election results while you are watching your favorite shows. What will be funny is there will be something I TiVo tonight that I wonâ€™t get to for a while and when I do I will have to watch them with the election results scrolling across the bottom of the screen. Do you like when your local stations do this? Would you rather just wait until the local news comes on and see who won then? At least we wonâ€™t have to watch anymore-political ads for a while. I really am tired of them. I the TVaholic and I approved this post.

Friday Night Lights (NBC): New. After a two-minute election update catch the latest episode of the show where they are dealing with the possibility of last weekâ€™s win being taken away because Voodoo may not have been eligible.

House (FOX): New. House has spent the night in jail after being arrested. The patient this week is a man who weighs 600 pounds and was found unconscious in his apartment.

The third hour of primetime tonight on all three networks is being taken up by either local or national election news coverage. So pick you favorite network and see if your candidates or propositions won.

NCIS (CBS): New. The team works on the Army Criminal Investigative Service to find who killed a Marine at a country club.

Veronica Mars (The CW): New. Veronica has to clear herself after she is accused of plagiarizing her criminology paper and Wallace has to deal with the aftermath of being caught cheating himself.

The third hour of primetime tonight on all three networks is being taken up by either local or national election news coverage. So pick you favorite network and see if your candidates or propositions won.

Emeril Live (Food Network): New. Emeril visits the Chelsea Market for some fresh meat selections that he then prepares.

Next: New TV on DVD: Police Squad!, JAG, The West Wing and More