Tonight on the Tube: Indianapolis 500, The Tudors, This American Life, Recount & Plenty of Repeats 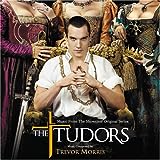 Check out the Ultimate Guide to the Summer TV Schedule – 2008.

Next week is the fourth season premiere of The Next Food Network Star. Take a look at the bios and photos of this season’s contestants.

Brothers & Sisters (ABC): Repeat. Episode four from this past season, “States of the Union,” replays, where the women head out for a spa treatment and Rebecca is worried about how fast Justin seems to be recovering.

Cold Case (CBS): Repeat. A woman’s disappearance that made headlines during Halloween 1938 gets re-investigated, in “World’s End” from this past season.

Cold Case (CBS): Repeat. The bodies of four missing kids are found in a storage unit and it puts the team on the trail of a serial killer, in “It Takes a Village” from this past season.

The Unit (CBS): Repeat. Jonas and the team end up at a small Army base and organize the soldiers there to hold off a militia that is closing in on them, in “Dark of the Moon” from season two. This will be the show’s new night and timeslot come fall.

This American Life (Showtime): New. This week’s topic is “Fighters.” Two boxers in Tennessee are in the fight of their lives against each other. Neither can afford to lose, but they grew up together. Kids in New York learn to fight bullies by being funny. Plays again later.

Next: Review: The Next Food Network Star – Season 4 – Season Premiere