Quick Synopsis: To hell and back, but how?

Long Synopsis: Dean is back from hell and once Bobby and Sam are convinced that it is really him, they set out to figure out how it happened. Their first stop is a psychic friend of Bobby’s.

Review: Supernatural is always well done, but the horror thriller genre has never been my thing. Not in the movies and not on television. So, it is difficult for me to judge a show like this. That fact alone probably knocks a half star off the rating.

There are some interesting events that happened that I am sure fans will be excited about. But, you won’t find out what they are here. I will tell you that there are three elements of the show that we were asked to keep under wraps and not reveal in our reviews. So, if you’re a fan, you are definitely going to want to watch tonight.

As I mentioned, Supernatural is always well done. They don’t skimp on the special f/x, which gives the show a bit more realism and allows you to enjoy the story. There’s nothing worse than a bad special effect that pulls you out of a show like this.

Overall, it’s not for me, especially given the competition it will have on Thursday nights. There is Grey’s Anatomy on ABC, CSI on CBS, and the pairing of The Office and 30 Rock on NBC. All shows that I intend on watching.

I will be interested to find out what fans of the show think of the episode and the three events I referenced above. Supernatural season four premieres tonight, Thursday, September 18th on The CW. 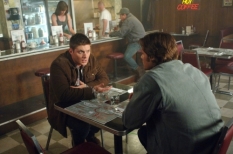 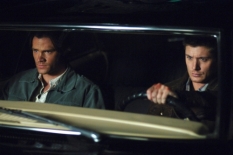 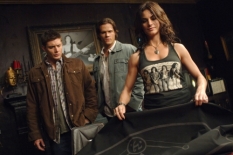 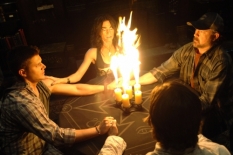 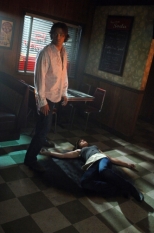 Next: Review: Smallville – Season Eight Premiere on The CW – Photos