Tonight on the Tube: One Lost Invasion 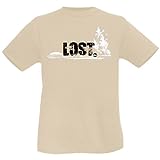 What will you be watching tonight? ABC replays last weeks Lost followed by a new episode with Michael going after Walt. What will they find out there in the jungle? American Idol has entered the Wednesday night fray in the first hour of primetime. Given the competition in that timeslot it should do very well, as this has been the weakest period on any network so far this TV season. Happy Viewing!

One Tree Hill (WB): The Ravens lose the second game of the season. Sure wouldnâ€™t want to be around Whitey.

Lost (ABC): Jack, Locke and Sawyer take off after Michael who has gone into the jungle after Walt. Hurley and Charlie commiserate about women and what it is they want. Annoyingly runs 61 minutes.

Invasion (ABC): The Sheriff has taken the kids and Russell and Mariel are none to happy about it. Larkin doesnâ€™t like the amount of time Russell is spending with his ex and what his intentions are toward her.

Lost (ABC): Repeat of last weekâ€™s episode featuring the backstory on Mr. Eko. It was quite good.

Criminal Minds (CBS): Residents of a small town are being poisoned and the BAU team is called in to figure out why.

CSI: NY (CBS): A model who has been completely coated in body paint dies on the runway and the team must discover if it was the paint or something else that caused this to happen.

American Idol (FOX): Some more auditions for your viewing pleasure or displeasure depending on who is up there.

Skating With Celebrities (FOX): Watch quasi-celebrities fall, fall and fall some more. Fox takes a cue from ABC once again but this time kicks it up a notch. Will you be watching? With everything else that is on in this timeslot I canâ€™t imagine you will.

Law & Order (NBC): A journalist who has been depressed looks to have committed suicide in his bathtub but other evidence leaves the detectives looking at the possibility of foul play.

MythBusters (Discovery Channel): The busters of myth look into the cause of a shredded plane.

ESPN has the Cleveland Cavaliers against the Denver Nuggets tonight in NBA action. Before that North Carolina State faces off with Duke in College Basketball action.

Previous: New TV Shows on DVD: The Old and New Adventures of Superman