Tonight on the Tube: Movies with Commercials, Emeril in New Orleans and Sports 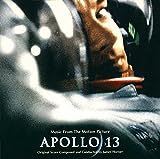 Wow, tonight is really not much to talk about is it? It looks like my Netflix subscription will come in handy tonight. Unfortunately even with the new season ahead there really isnâ€™t anything in primetime to look forward to on Saturday nights. Except maybe the occasional rerun of something from earlier in the week. At least ABC will have primetime College Football during the fall. I donâ€™t understand why the networks have given this night up for dead. Anyway for a look at the upcoming fall season check out the Ultimate Guide to the Fall 2006 TV Schedule.

Apollo 13 (CBS): Released 1995. The story of astronauts Jim Lovell played by Tom Hanks, Fred Haise played by Bill Paxton and Jack Swigert played by Kevin Bacon who try to get back to Earth, after an explosion puts an end to their April 1970 chance of going to the moon. Directed by Ron Howard. Runs three hours.

Pearl Harbor (ABC): Released 2001. Ben Affleck and Josh Hartnett star. Michael Bay attempted to make another Titanic with this one by telling a love triangle story set during a historic event. He didnâ€™t quite succeed on that level yet is still is a pretty good movie. Runs three hours.

Emeril Live (Food Network): Repeat. Emeril tours restaurants in New Orleans and tells what it has taken to get them back up and running.

The Silence of the Lambs (Bravo): Released 1991. Jodie Foster as an FBI trainee who has to seek advice from a psycho killer who is locked up played by Anthony Hopkins. Runs two and a half hours.

Previous: Tonight on the Tube: Kyle XY, Monk and Psych

Next: Tonight on the Tube: Emmys, 4400-a-thon, Dead Zone and Entourage