Jason the TVaholic Apr 4, 2007 Tonight on the Tube 0 comments 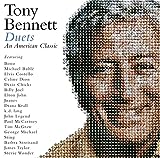 The new show Notes from the Underbelly is going to premiere on Thursday, April 12th after Greyâ€™s Anatomy with two half hour episodes back to back. Then starting the next week on Wednesday, April 18th, it will move to its new timeslot in the first hour of primetime following George Lopez. ABC just canâ€™t seem to make up their mind what they want to do with their schedule.

Friday Night Lights (NBC): New. Coach Taylor makes a decision that changes things for him in Dillon and upsets the ladies in his life.

Crossing Jordan (NBC): New. A school bus full of children is hijacked and Woody and Jordan are searching for it.

Lost (ABC): New. Kate ends up having to fend for herself and learns that she may have been betrayed by one of her own. Meanwhile Hurley tells Sawyer that he might want to make nice with the rest of the castaways before they banish him from the camp.

Bones (FOX): Brennanâ€™s father makes a surprise visit and helps her track down Booth when he gets taken while trying to smoke out a mob guy he suspects of murder.

performs.
â€˜Til Death (FOX): New. Joy and Allison go to Florida for spring break and Eddie has a lot of fun in the house by himself.

Medium (NBC): New. Adam Goldberg guests as a disgruntled employee who works with Joe. After killing a co-worker he keeps Joe and the rest of the workers hostage.

Thatâ€™s Gotta Hurt (TLC): The episode is called â€œImpalements and Crashes.â€ Sounds like it would hurt to me.

Previous: How Did the Top 9 Perform on American Idol Season 6?

Next: The Glock Will No Longer Rock on American Idol Season 6